Former US President Donald Trump has asked Russian President Putin to hand over any records he may have about Hunter Biden's dealings with Russian oligarchs. 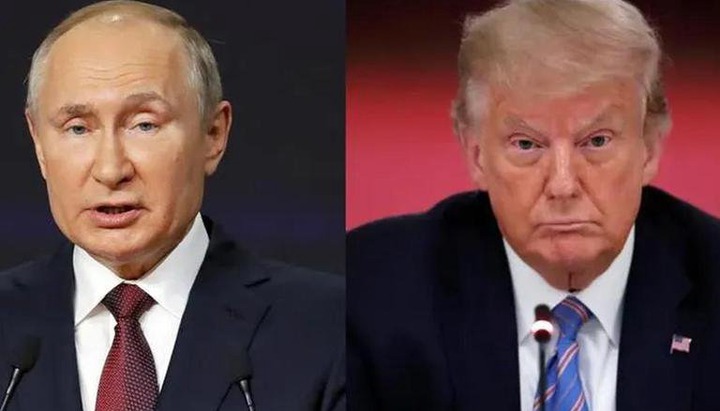 Former US President Donald Trump has asked Russian President Vladimir Putin to hand over any records he may have about Joe Biden's son Hunter Biden's dealings with Russian oligarchs on Tuesday. As per the reports of Just The News, Trump expressed interest in an alleged $3.5 million payment to a firm co-founded by Hunter Biden from the widow of the former mayor of Moscow, Yury Luzhkov. He curiously asked why did the wife of Moscow's mayor contribute $3.5 million to the Bidens.

He further stated that he thinks that Putin knows about this and he should make it public and this is something everyone should be aware of. A slew of other US officials, including President Joe Biden, his son Hunter and Hillary Clinton were sanctioned by Moscow earlier this month. Trump accused Biden of failing to respond more forcefully to Putin's invasion of Ukraine. He claims that it was due to payments from the late Moscow mayor's wife.

However, Hunter Biden's lawyer, George Mesires, has refuted the claims. Neither Trump nor the Senate Republicans who prepared the report on Hunter receiving payment have provided any additional evidence of unlawful payments involving Hunter Biden. Donald Trump's request to Putin comes just a few days after President Biden called Russian President Vladimir Putin a 'war criminal' and a 'butcher' for the unjustified attack on Ukraine.

The former US President has also expressed his interest to discover more about Hunter Biden's ties with Ukrainian tycoon Mykola Zlochevsky, who is the owner of Ukrainian natural gas business Burisma Holdings. Hunter was named to Burisma's board of directors in 2014 as a director of the company's legal branch, where he reportedly received over $80,000 per month, according to Fortune.

In July 2016, Trump demanded that the Russian government reveal emails that he alleged then Presidential candidate Hilary Clinton withheld to prevent the discovery of embarrassing information about her, according to a White House memorandum of a July phone call. After three years in 2019, he asked Ukrainian President Volodymyr Zelenskyy to initiate a fake probe into Hunter Biden's employment as a board member of Burisma.